How Charters Towers is defying the drought to employ 1,000

For the past 4 days, I have been in rural North Queensland township of Charters Towers. The town has just over 6,000 people, but the catchment of its region extends to just over 12,000 and takes in neighbouring townships. 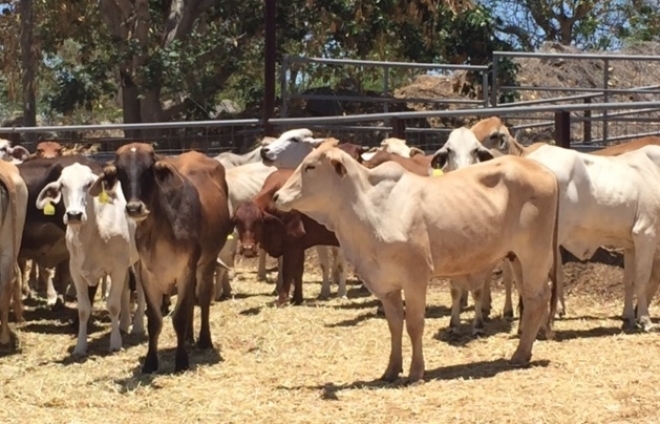 For more than 4 years the town has been facing a serious drought. Cattle property owners are facing bankrupcy and having to put down cows because they don't have enough grass to feed them and the water has all dried up. This problem is more brutual than just putting down cows, it's killing people who have lost their whole sense of being. Imagine if generation after generation, your family have run cattle properties, and all of a sudden, you have no future. Your family has no future. Your kids who go to boarding school due to the remoteness of your property have to leave school while exams are on, just to help out because there is no choice.

I heard yesterday from a local that 5 men had committed suicide alone in Hughenden. These men clearly had been beatened down by the longevity of the drought and the prospect that they couldn't provide for their families.

It's enough to bring a tear to anyone's eye's.

I never realised just how bad it was until I started spending time talking to locals.

Charters Towers is known for history, agriculture and mining. Both agriculture and mining is struggling and worse than that, there are huge layoffs in nearby city Townsville with Telstra retrenching more than 175 people and the army ceasing to send people abroad due to the cost constraints making this career less viable for those in the forces.

It is all doom and gloom, but at some point we all have to take action. We all have to be responsible for our community and rather than focus on the negative, think about the positive. What can we do to create change.

And that's exactly what I am doing. With the help and support of the Mayor Frank Beveridge, Junior, and the CEO of Charters Towers Regional Council,Mark Crawley, we are setting up The World Incubator. Along with the highly supportive councillors and the Hon. Bob Katter, MP., we are making inroads into developing the industry best practices for successful incubation of businesses and bringing together people with great ideas who will benefit from mentorship and a structured approach to building a business.

In total, Marketing Eye will give away $250,000, which is a huge commitment from our company and much bigger slice of our wealth than what you read about in newspapers from Australian "philandropists" who give a small percentage of a bigger pot and seek publicity for doing so. Better than that, this will be given away now... not projected or based on any investment outcomes. This really is something that our entire team is passionate about and they each have bought-into making a difference.

This may be one small town, but none of us what to stop there. We want to roll-out The World Incubator concept Australia-wide and perhaps internationally.

Our aim for Charters Towers is to build 1,000 new jobs in 5 years, and take 45 entrepreneurs through the program each year, funded for growth.

I don't know what you are doing, but if you are too busy working and creating wealth, and not thinking about your community around you that perhaps could do with a helping hand, then take some time out. Think about what living in this world really means and what a privilege it is that we live in the country we do, with the opportunities that sit in front of us.

I have no time for capitalist pigs - and I say that with conviction.

People who define themselves because of money, and continue to rape others in order to build greater wealth - are not kind, nor do they have good values. These people who give small sums to charity (in comparison to their wealth) and use their publicists or public forums to self promote themselves should be ashamed. Angelina Jolie is an example that everyone should follow. She gives 1/3 of her wealth year on year. Not when she is dead or in 10 years time - now. So if you have a billion dollars, and you are happy for newspapers to call you a billionaire, then give away $333 million. I am sure you have enough to live on and keep on building your empires. But you don't and you won't. That's the sad thing. Let's all make a difference. It may be to your neighbours life, or someone you don't know. Use what you have to make a difference - I am and so are the members of my team.
Join us on social media

Mellissah Smith is a leading marketing expert having pioneered two specialist marketing firms into operations all over the world.

With 20 years experience, Mellissah has worked with over 200 companies, emerging and large multinational, on developing and executing strategic marketing campaigns.

From developing strategic marketing plans to re-inventing old brands in a changing market place, Mellissah has creative flair, business acumen and a knowledge of all aspects of marketing. She has also worked extensively in marketing and communications for companies listing on the ASX in both the small cap and large corporate arenas.

More in this category: « How to mark the end of the year Digital vs Traditional marketing »

Make sure you enter all the required information, indicated by an asterisk (*). HTML code is not allowed.

This email address is being protected from spambots. You need JavaScript enabled to view it.
www.marketingeyenetherlands.com
Copyright © 2022 Marketing Eye Holland. All Rights Reserved